In Something Else, Rachel has purchased Cynthia, an AI programmed to be a younger version of herself, hoping this can help mend her relationship with her wife Michele. At first, it seems the point is for Rachel to use Cynthia to address some past experience with “Mr. John,” a fictionalized version of a man she worked with twenty years earlier. As the play progresses, though, it becomes clear that something else is hidden in Rachel’s unconscious. It’s not until she uses an experimental electrode method of programming Cynthia that she confronts the consequences of her own childhood mistakes, and accepts more fully the long history of her sexuality. 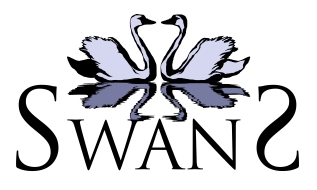 In the era of #MeToo, Swans is a tender exploration of a local family torn apart by abuse. In Swans, Paul’s mother returns after a ten-year absence, forcing Paul to confront the circumstances of her leaving as well as his own complicity in shaping a world where women are not always safe.

The Next Thing: After Eugene O’Neill’s Before Breakfast
Geva Theatre Center/Writers and Books, Reading, Rochester, 2013

They Were Real
Geva Theatre Center/Writers and Books, Reading, Rochester, 2014

What Moves at the Bottom
Commissioned by Alleyway Theatre as part of Currents: 716, Buffalo, 2020

“Against the Floor,” “Everything Gray,” All the Words (excerpt)
Writers and Books, Genesee Reading Series, 2005

“A Promise,” “Rain,” “That Woman,” “Manhattanhenge”
Words on the Verge, Brockport, 2016
– About the Event: “Our May event was magical. Of course. Because good, hard, moving words entrance an audience. It’s deep spell work, heart work, community building. Thank you Maria Brandt for joining us. And thanks to the lovely community that continues to support Words on the Verge.”

In Short, What is the New Woman? A Study in Culture and Representation
Pacific Ancient and Modern Language Association Conference, 2003

“Something to Think About”: Negotiating Loss in A Farewell to Arms
Northeast Modern Language Association Conference, 2009

The Sixth Act: Integrating Drama, the Community, and the Classroom
League of Innovation Conference, 2010